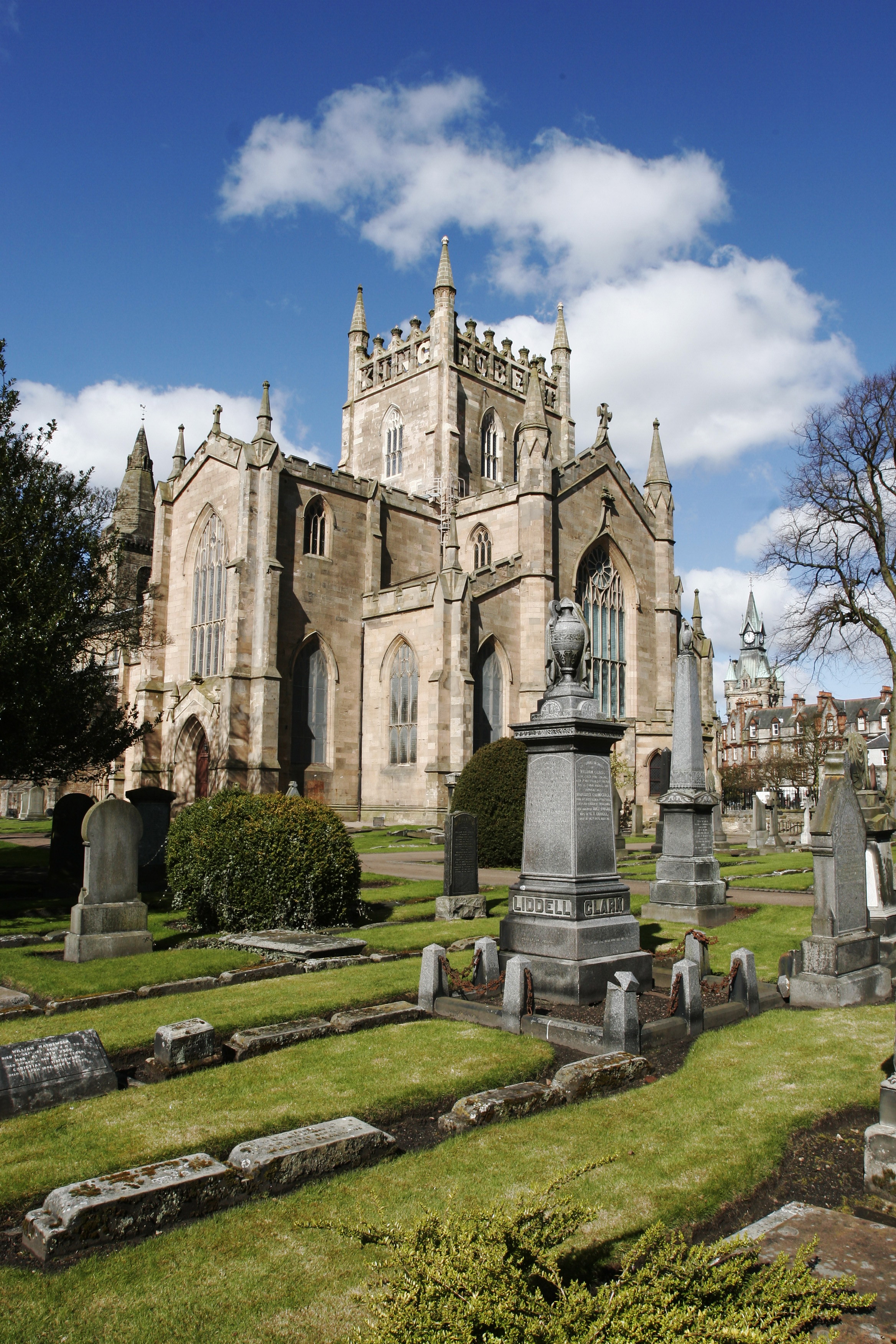 Dunfermline will welcome two very special visitors next Monday, 3 October 2022, when Their Majesties The King and The Queen Consort arrive in the newly named city.

The Royal visitors will pay a visit to Dunfermline City Chambers, where King Charles will confer City status on Dunfermline as part of The Queen's Platinum Jubilee celebrations.

Following the ceremony in the City Chambers, Their Majesties will take a short walk to Dunfermline Abbey, which is celebrating its 950th anniversary, where they will meet a number of local community groups and individuals.

This will be the first official engagement of The King and The Queen Consort, since the end of formal royal mourning for her late Majesty Queen Elizabeth II, and there are expected to be large crowds in attendance to welcome the new King to Fife.

Provost of Fife, Cllr Jim Leishman said: “This is a great honour for Dunfermline and Fife. To have been granted the title of city from her late Majesty Queen Elizabeth was a huge achievement, but to have that title presented to us personally by our new King is more than we could have imagined.

"Dunfermline has always had a special place in my heart. I’m so proud that the town I love is being recognised in this way."

On arrival at the City Chambers, Their Majesties will be greeted by the Lord Lieutenant of Fife, Robert Balfour, who will introduce First Minister Nicola Sturgeon and Secretary of State for Scotland Alister Jack.

The visit will take place on Monday 3 October and spectators are advised to leave their cars at home and either walk or take public transport. There are regular buses from Halbeath Park and Ride to the centre.

Some temporary road closures will be in place from 6am on Monday 3 October, so drivers and commuters should plan ahead and allow extra time for journeys. While still open to pedestrians, vehicular access to the High Street will be restricted from Guildhall Street  to the City Chambers. Maygate and Kirkgate will also be closed to traffic which means there will be no vehicle access to Bruce Street and Bridge Street.

The shops and businesses in the centre will still be open to provide visitors with their hospitality and services.

Stewards and Police Scotland will be in place to direct pedestrians and spectators on site. Visitors are reminded that they may have a wait to see the Royal couple and to wrap up against the autumn chill.

Ladies, gents, disabled and baby changing facilities are available at Dunfermline Bus Station, in the main building opposite the door to Stances 1 - 3. There is a 30p charge for the toilets. The toilets are open from 7.30am to 10pm.

Traffic restrictions and diversions during event

The alternative route for through traffic is via West Netherton Street, St Margaret's Drive and Carnegie Drive. 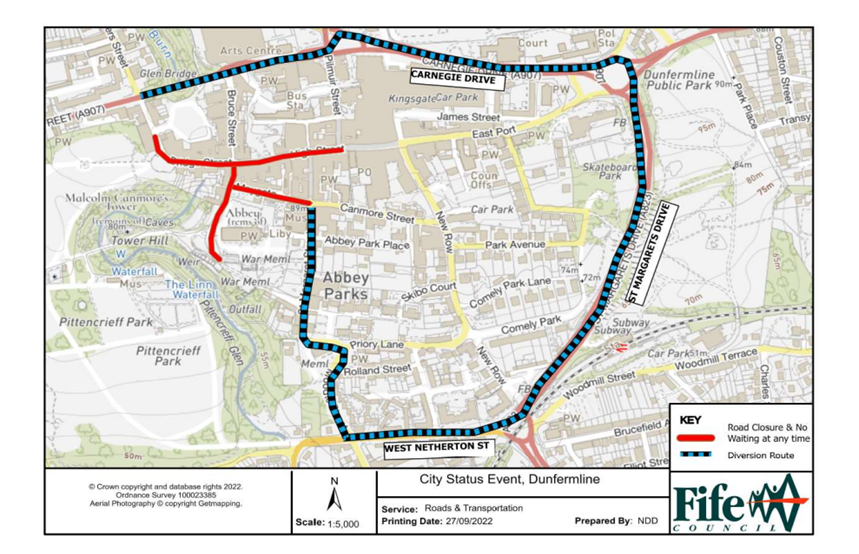 "No entry" points for vehicles 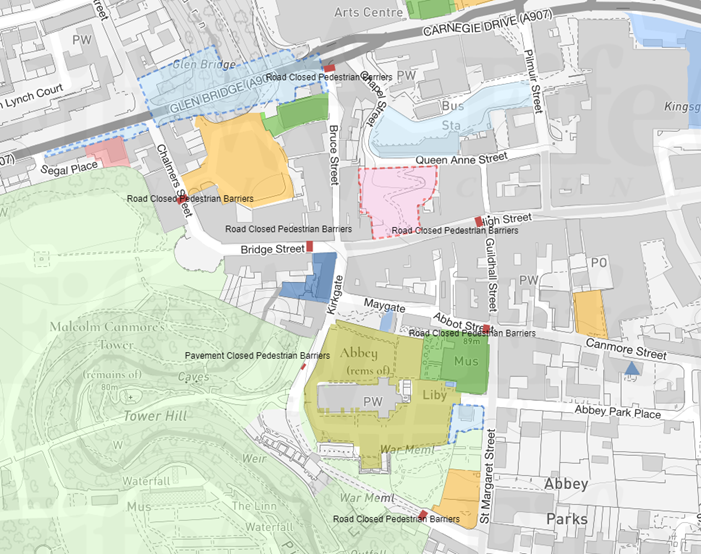 Information for pedestrians and spectators

You can see the Royal party from the pavement and other open spaces, behind the pedestrian barriers.  The area within the red dotted line is restricted.

Spectators and other pedestrians can access the areas which are closed to vehicles. Please be aware that crowds may be gathering from early on Monday morning, so pavements behind the dotted line may be blocked by spectators. 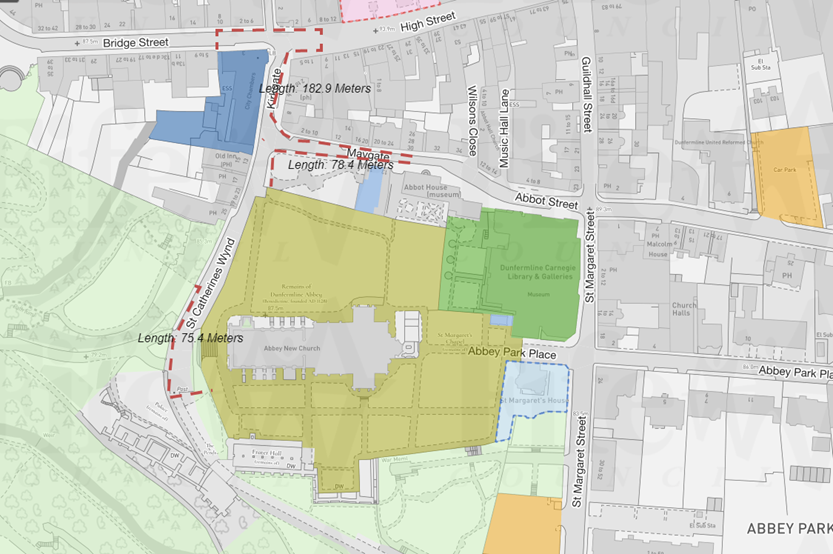