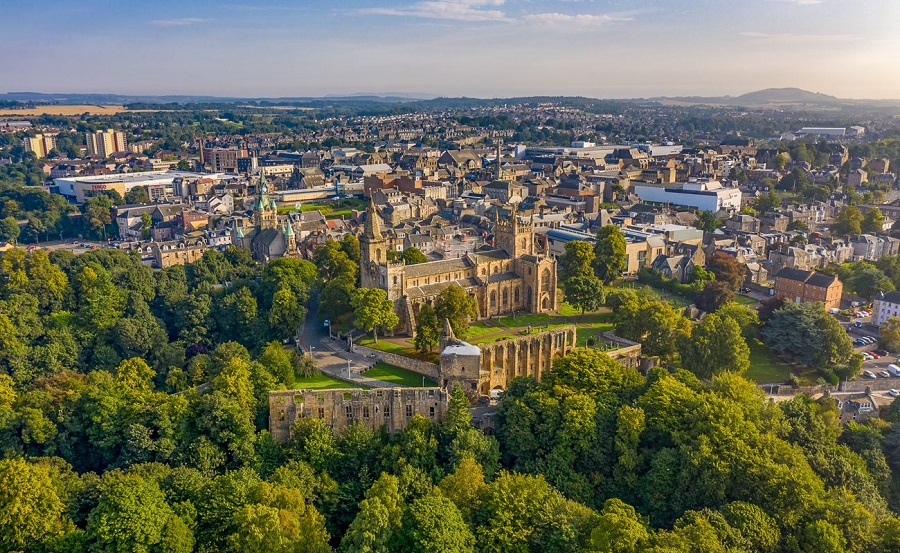 Fife Council's Leader, Cllr David Ross, is flying the flag for the region and the new City of Dunfermline in London this week (23-25 Jan), as part of a Scottish Cities Alliance event designed to showcase Scottish investment opportunities.

The visit is taking part during Scottish Cities Week (23-26 January 2023), which enables Scottish cities to showcase their investment potential to a wide range of national and international investors and developers.

Cllr David Ross is promoting the benefits of investing in the City of Dunfermline and is working with Scottish and UK Governments to create and boost investor confidence.

The 3-day programme includes sessions led by Alliance partners and stakeholders, focusing on a range of topics key to unlocking transformational change across the eight Scottish city economies.

Dunfermline is Scotland’s newest city and was the eighth Scottish city to join Scottish Cities Alliance, following its elevation to city status in May 2022 as part of HM The Queen’s Platinum Jubilee celebrations.

Innovation opportunities for Dunfermline that are set to be debated include The Arrol Gibb Innovation Campus (AGIC), a global centre of excellence in large scale manufacturing that is centred around Babcock International’s Rosyth site. The site sits at the heart of the newly shortlisted Green Freeport designation for the Firth of Forth, and supports the wider regional ambitions for green regeneration as a key offer within Edinburgh and South East Scotland, driving Scotland’s green economy.

"The council is promoting and maximising the economic opportunities around Dunfermline’s unique approach to using heritage and culture as well as investment in infrastructure and transport to attract new employment and business opportunities. Our aim is to promote Fife as a region and build on the benefits of City status for the whole of the region.”

“Attending investment events under the Alliance banner helps to build further on the strengths and opportunities for Dunfermline and the wider region.”

Over the past 20 years, Dunfermline has been one of the UK's fastest growing and most improved areas. It provides an outstanding quality of life, with its mix of urban and rural environments.

The success of the programme is rooted in the cities working together with the Scottish and UK Government to create investor confidence by delivering a programme of activity promoting the benefits of investing in Scotland’s smart and sustainable cities.

AGIC is a collaboration between Babcock International, the University of Edinburgh, the University of Strathclyde, Fife College, Fife Council, Scottish Enterprise and Skills Development Scotland, is focused on serving the marine (ships and offshore), nuclear and energy transition sectors, and on building knowledge and skills. To see the promotional AGIC video click here.