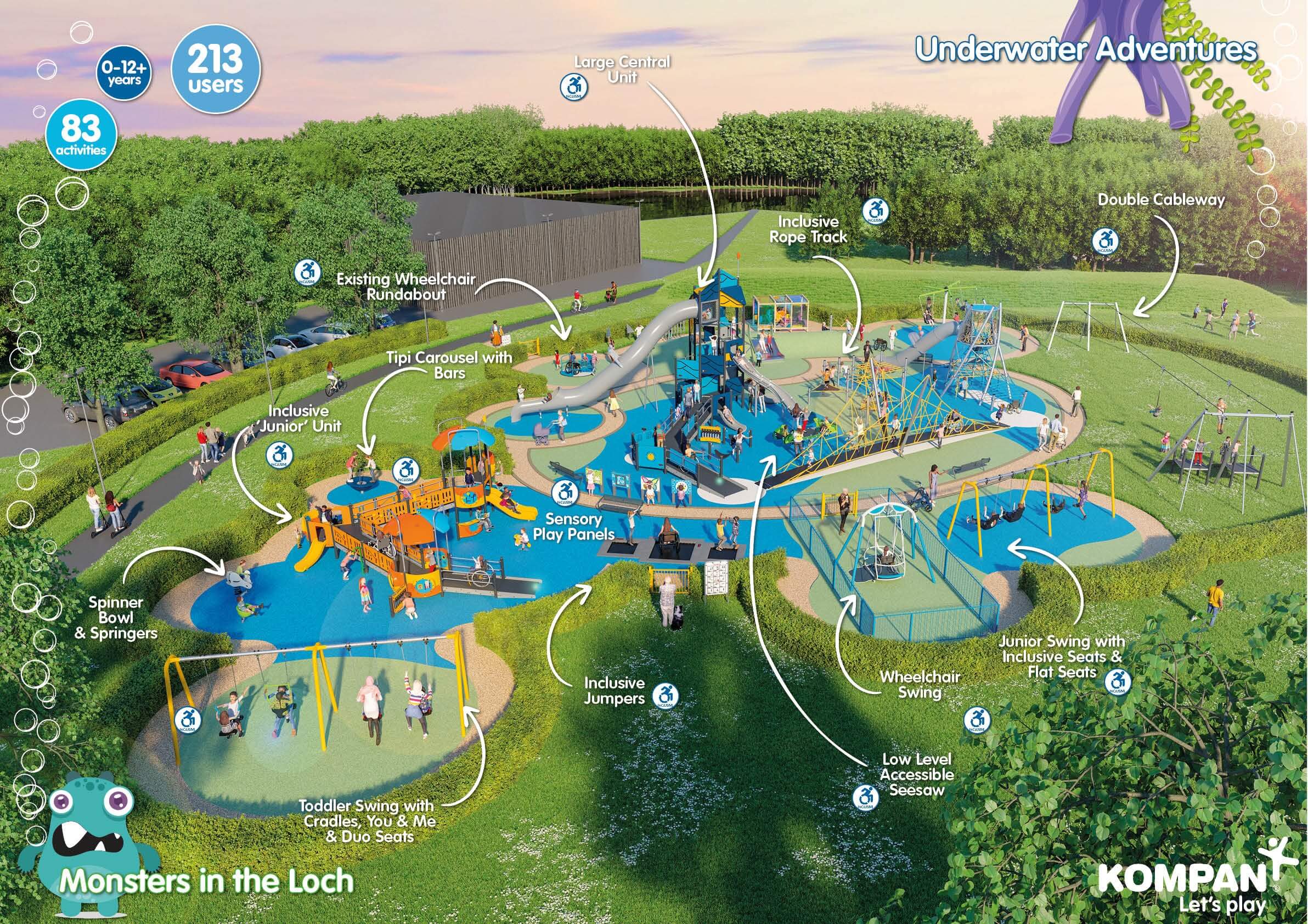 A range of consultation work is being carried out to help contribute towards the long-term development plans for Lochore Meadows Country Park. And as part of that, a new playpark design proposal is being shared for feedback.

Sarah Roxburgh, Community Manager for the Cowdenbeath Area explained: "An initial proposal to remove and rebuild a playpark on its current site unfortunately came in significantly over budget, mainly due to costly groundworks. Replacing the ageing play equipment remains a priority. This new proposal, which could be delivered on budget thanks to its new nearby location that doesn't require the same ground preparation work, would still deliver a large playpark with accessible features."

The play area would offer over 80 activities and be able to accommodate over 200 users at the one time. The proposal is to situate the play area in a new, nearby location to the current one - on an area of grass between the visitor centre and the Fairy Wood. This would allow for the existing playpark to remain in use until the new one is ready. And then that area could be repurposed as part of a wider nature play area project that has already secured Scottish Government funding towards repurposing a derelict part of the existing play park into a natural play area.

Sarah added: "We're very keen to hear what park visitors and the local community think about the playpark proposal, as well as the idea to develop the natural play area and to redefine the designated events space further up in the grassed area that it is currently situated at. This would also allow the park's staff to create temporary overflow car parking options and extra disabled parking on the grass during busy park days when an event hadn't booked out the area.

"These proposals are part of what we hope will be an ambitious long-term plan for the Meedies though. So as well as consulting with people on these specific ideas that have been developed, we have a range of ways that the local community and visitors can bring their own ideas to the table. As Fife's most visited outdoor attraction we know there is no shortage of people who could give us valuable feedback, ideas and inspiration. I'd urge everyone who knows and loves the Meedies to get involved in a way that suits them."

HOW TO GET INVOLVED:

Visit www.lochoremeadows.org.uk/future to book a place on a workshop or take part in the survey. Children and young people are also being consulted with directly. Plans include visits to local schools and to show them the proposals and talk about their wider ideas and hopes for the park, gathering feedback from park user groups such as the Meedies Bike Club members or through workshops organised with local Youth Work services.