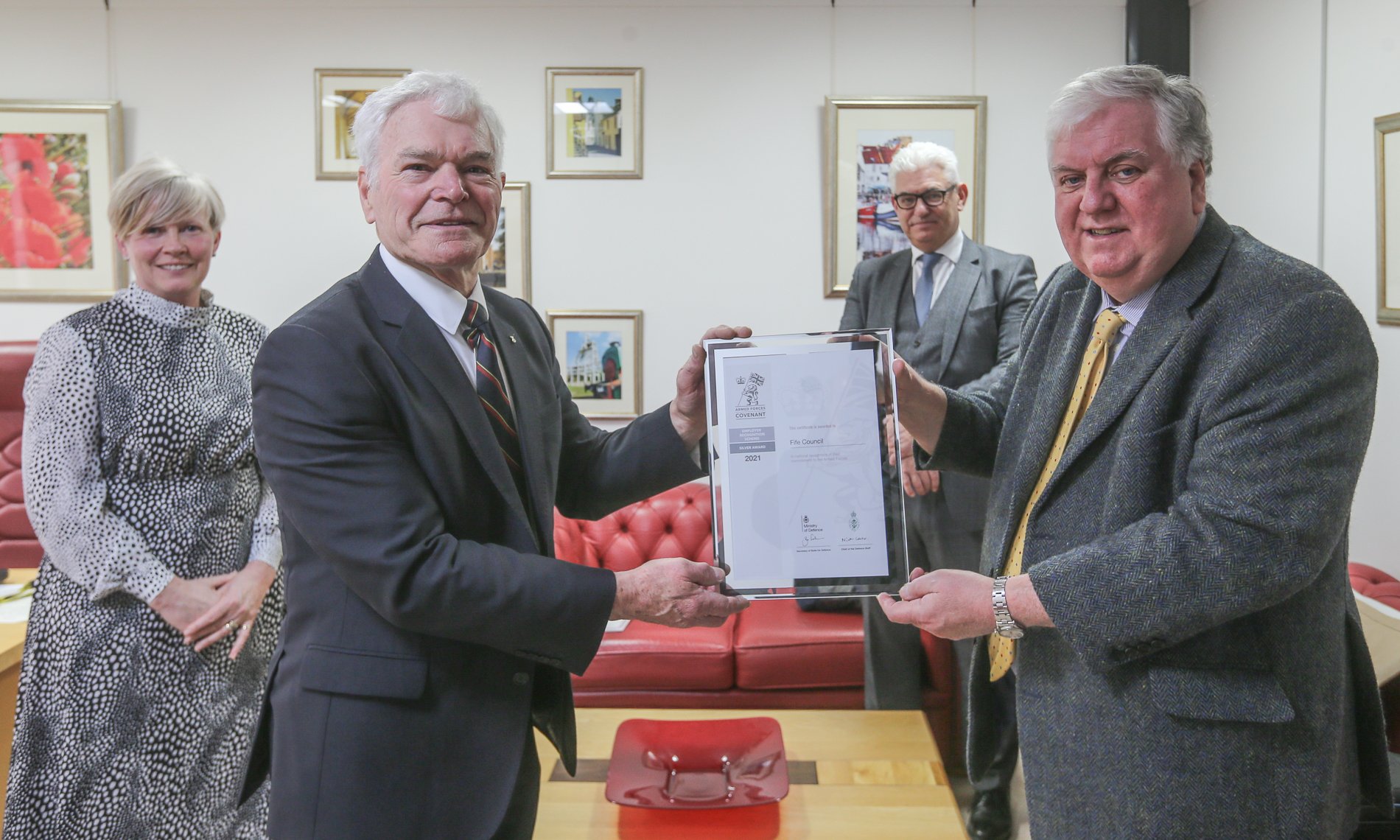 The ERS Silver Award is in recognition of the support that the council provides to the armed forces community.

The ERS Scheme recognises organisations who support to the Armed Forces Covenant, a commitment to support those who are serving, or have served, and their families, pledging that they’re treated fairly and that they won’t be disadvantaged in accessing public services due to their military service.

Silver Award winners must meet certain criteria, including employing members of the Armed Forces community, making their workforce aware of their positive policies, supporting the mobilisations of reservists, and providing at least five days’ more leave for training.

Fife’s Armed Forces & Veterans Community Champion, Cllr Rod Cavanagh said: “I’m very proud that Fife Council has received the ERS Silver Award and the revalidation of it recognises the support to veterans within the workforce and to the wider Armed Forces Community in Fife.

“We work closely with partner bodies, stakeholders and our armed forces community to ensure the right supports are in place when they are needed.

“Fife is a proud supporter of the Armed Forces with active bases at Leuchars Army Station and RN Rosyth and several reservists and cadet units across the Kingdom. Our commitment to the agreement builds on existing good relations between the armed forces and Fife Council.”