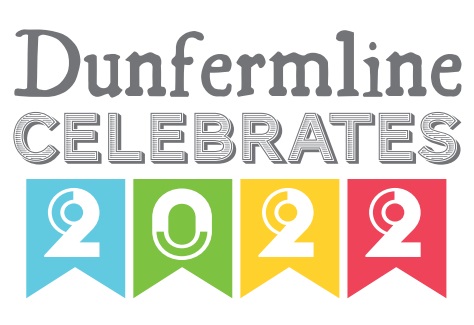 2022 is an historic year for Dunfermline. It’s a year of celebration of it’s past and a time to look forward to and enjoy it’s present and future.

Dunfermline Abbey which is at the heart of the community is celebrating its 950th year, while the Alhambra Theatre is celebrating it’s 100th year. This combined with the celebration of the Queen’s 70th year as our monarch gives us much to celebrate.

Fife Council is working with partners including Church of Scotland, Alhambra Theatre Trust, and Carnegie Trust to create a series of celebration events over the summer and into the autumn. These events will be promoted across social media. A dedicated page on Dunfermline.com will be used to enable new events to be added and provide additional information.

950 years - The Abbey Church of Dunfermline. The abbey as we now know it has taken many forms. Dunfermline is one of Scotland’s oldest settlements. It was once it’s capital and as such it was from here that Malcolm III ruled. In 1068 the devout Christian, Margaret, an English princess, arrived in Dunfermline. She married Malcolm in 1070. Her devotion to her religion had a considerable effect on the illiterate Malcolm. In 1072 King Malcolm and Queen Margaret invited Benedictine monks to come from Canterbury to Dunfermline to establish a Priory Church.

David Williams on behalf of Church of Scotland said “The church is excited to celebrate 950 years of continuous worship on the site and the opportunity, over the year, to recognise the substantial contribution Margaret made to society and our nation’s heritage.”

100 years – The Alhambra was designed to be dual-purpose. It’s doors first opened on 22 August 1922 for a screening of the silent film Over the Hill. Once built it was the largest brick built building in Dunfermline. As well as being a cinema it spent many years as a bingo hall. It’s relaunch as a theatre and hugely successful live music venue has seen it’s stage welcome numerous famous faces.

70 years – Queen Elizabeth II, at the age of 25, came to the throne on the death of her father King George IV. She is now the longest serving female head of state in history. Many people up and down the country will be celebrating The Queen’s Platinum Jubilee. On behalf of Fife Council, the Provost is hosting a Jubilee Afternoon Tea for guests celebrating their 70th Birthday in June or their 70 wedding anniversary this year.

Gillian Taylor, on behalf of The Carnegie Dunfermline Trust said "We're organising a ‘Picnic in the Park’ Event on Sunday 5th June to bring people together to celebrate local talent in our beautiful Pittencrieff Park."

Sunil Varu, Dunfermline Economy Adviser for the Town Centre commented that Dunfermline has so much more to celebrate than these reasons. We hope to make 2022 a year were visitors, residents and businesses will create a buzz in the town.