New waste teams litter-ally have it in the bag! 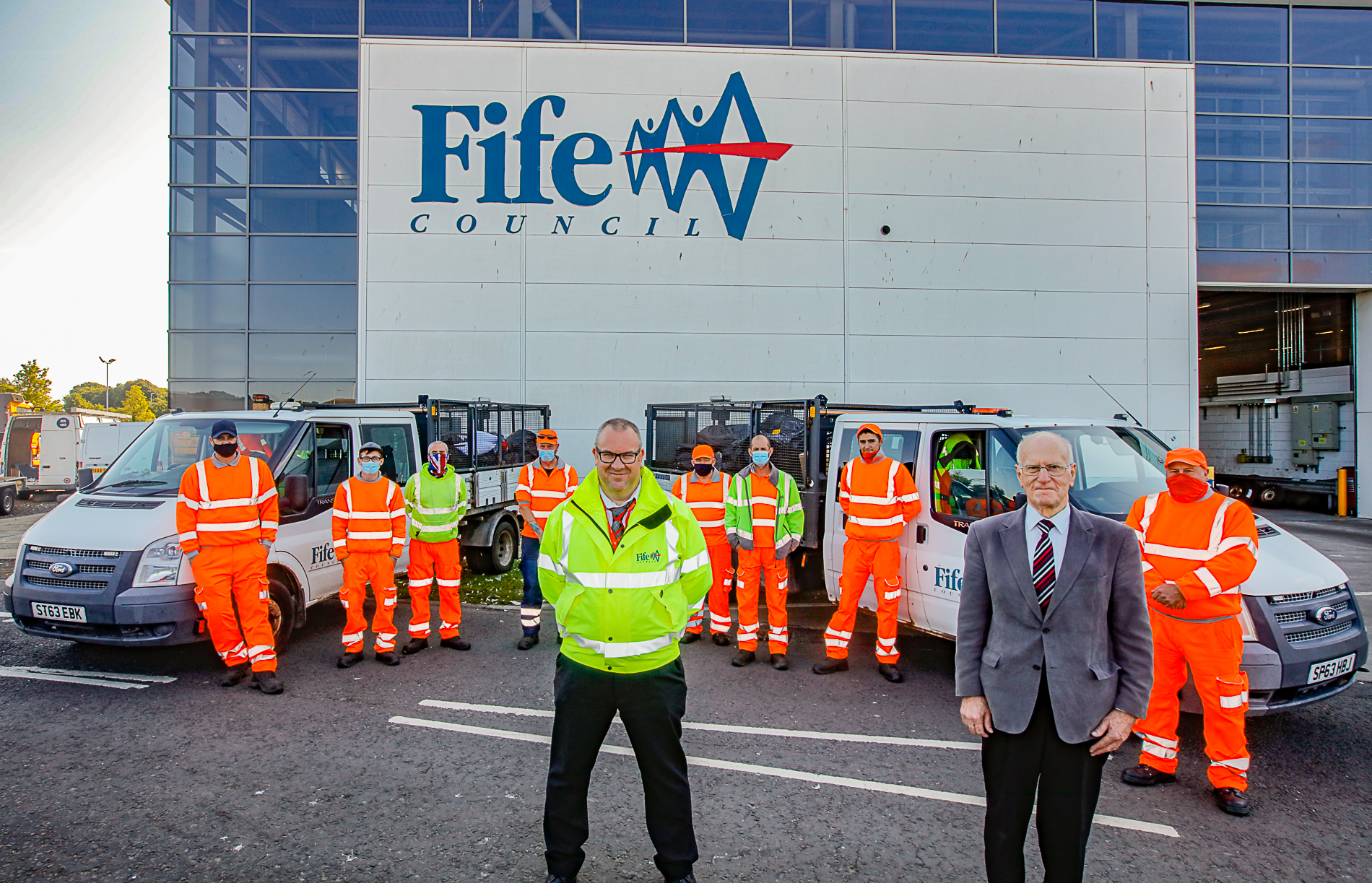 A new litter picking team has collected hundreds of bags of litter from the verges of Fife’s main roads in just a few months.

Since June the nine-strong squad who work in teams of three covering east, central and west areas, have cleaned up the roadside along the entire length of the A92 in Fife, filling more than 580 bags between Crossgates and the Redhouse Roundabout alone.

Sandy Anderson, waste operations service manager, said:  “The team are deservedly very proud of what they’ve achieved.  We’ve collected a colossal amount of litter in just a few months.  As well as being unsightly for anyone travelling in Fife it can also have an effect on wildlife habitats and the environment long after it’s been thrown from a car window.

“We’d urge everyone to dispose of waste carefully.  When you’re travelling, keep litter in your vehicle until you reach your destination and stick it in a bin.”

Convener of Fife Council's Environment & Protective Services sub-committee, Cllr. Ross Vettraino praised the team’s efforts.  He said:  “The team is out in all weathers, picking up hundreds of bags of litter each week which easily adds up to thousands of bags since they started work, and would otherwise have been spoiling the local environment. They’ve already done a brilliant job. Once main roads are done, they’ll get straight onto tackling quieter routes."

He added: “There’s never an excuse to drop litter at the roadside or from a vehicle window and we have a very simple thing to ask – please think of your environment and others, and put your litter in a bin.”