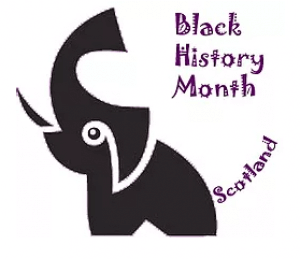 October has been designated Black History month and as a council we have a duty to our communities to make sure that everything we do is fair, transparent and equal.

We recognised, and councillors unanimously agreed, that we needed to carefully review the issue of Fife’s Black history and slavery along with those who benefited and suffered at its hands, to ensure a greater understanding of its impact locally.

As a result, we have now developed a new Enslavement education action plan, with input from a number of experts from various organisations including St Andrews University, Educ8, Herriot-Watt University and the University of Glasgow.

Councillor Neil Crooks, Chair of the working group which produced the plan, said: “Today it’s incomprehensible that British society would find enslavement of people acceptable in any form. However, this wasn’t the case in the past and here we are hundreds of years later still coming to terms with racism and using a month to give the subject a public airing.

“People are different in so many ways: rich and poor, healthy and unhealthy, tall and short, strong and weak, but the colour of a person’s skin does not compartmentalise anyone into any of those singular human traits. So why is colour such an ongoing issue and what is being done about equality of opportunity in this so-called enlightened 21st century society?”

“The slave trade and its impacts are far-reaching and complex and have affected every part of society. We cannot consider this in isolation, instead, we must look at in the context of ongoing issues of racism and inequality in areas such as income, education and health, and the continuing under-representation of people from Black and minority ethnic communities in many professions, roles and institutions.

“Our plan sets out a number of actions which we hope will promote greater awareness among Fife’s young people and the wider community of the slave trade and its continuing impact and legacy in Fife, Scotland and beyond.”