South and West Fife Villages Area Committee news round up 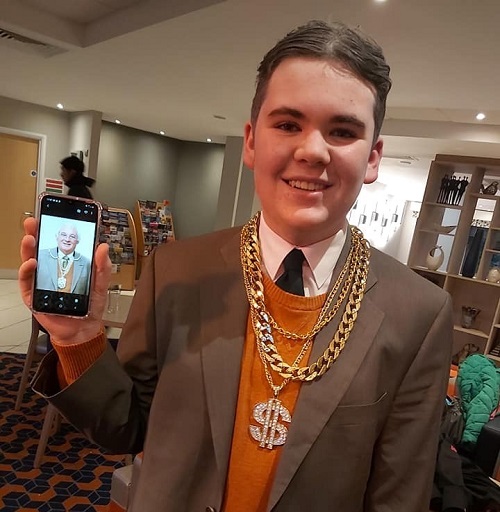 The South and West Fife Villages Area Committee met in Inverkeithing Civic Centre this morning. This is a summary of the items discussed.

First on the agenda was waiting restriction changes in Preston Crescent

Committee members agreed to the promotion of changes to waiting restrictions on Preston Crescent, Inverkeithing. The proposal is to extend the “No waiting At Any Time” prohibition to include the road in front of the houses at nos. 3 and 4/5.

Drivers parking on the bend in the road are reducing the road to a single lane. This obstructs the view for drivers causing safety concerns especially for buses and HGVs. It is proposed to increase the length of the “No waiting at any time” double yellow line prohibition on both sides of the street.

Members of the committee were shown and agreed to an extensive roads programme for the next financial year. Almost £800,000 will be spent on carriageway improvements alone.

Work planned in the area include:

A summary report on the attainment and achievements of schools for the period of 2018-2019 has been presented to the committee members. This covers both secondary and primary schools serving the area: Inverkeithing, Dunfermline, Woodmill, Queen Anne and St. Columba’s High Schools and associated primary schools.

Some of the highlighted achievements for the high schools include:

In regard to the fire in Woodmill High School it was mentioned that there had been a positive experience in St Columba's High School. The way the young people pulled together and integrated into sharing the building to maintain the level of education for the pupils.

It is important that children have a sense of wider achievement. Many have been taking part in Duke of Edinburgh Award, John Muir, Bikeability, and Natural Connections. Many are also involved in social enterprise schemes, working with local businesses to learn about leadership, management and the wider workplace.

Anti poverty measures operate across the schools to support struggling families. It is recognised that schools should get to know and understand the difficulties some of these families face.

Councillor Alice McGarry, committee convener said “First of all I’d like to thank the teachers, pupils and leadership teams within our schools for their continued hard work. This year has seen the additional stress caused by the closure of Woodmill and the impact that has had on everyone affected. I must commend all the work that took place to limit the disruption.

“These reports give us a good indication of where schools are improving their areas of attainment and achievement and identifying their strengths. They demonstrate how our schools are performing at a local level as well as a national level. This help us to see where more work and support is needed to effectively support school improvement”.

Learning and development in the community

The activities include a whole range of activities aimed at wide but targeted audiences. Some of the projects included:

Councillor Alice McGarry, commented “It’s great to hear that despite the challenge of reduced funding our communities right across the South and West Fife area, are continuing to benefit from the hard work and dedication of the team. The examples presented clearly demonstrate the enormous progress that can be made by working in partnership. Building strong partnerships, sharing knowledge and skills, and sharing resources have allowed many more activities to be successfully delivered”.

The Welfare Reform and Anti-Poverty Plan

The Welfare Reform and Anti-Poverty plan aims to help people who have been negatively affected by the welfare changes. The focused approach concentrates on four thematic areas; Employability, Health and Well-Being, Food and Fuel Poverty and Financial Resilience.

Due to the large geographical area of South and West Fife, some of the communities in south and west Fife have hidden inequalities that are masked by more affluent neighbouring areas. These can be poverty, social isolation or through poor transport links, fewer job opportunities.

Some of the many projects include: