Responding to public opinion Fife Council have carried out improvement works in Kirkcaldy High Street using architectural lighting and street art at some of the wynds and closes throughout the town centre.

This continues the Local Area Committee desire to work with the community to generate ideas, facilitate and deliver change on the use of space and how to create a sense of place.

Key spaces have been brought to life through investment in the improvements works which aims to create a brighter, welcoming and more atmospheric environment which feels safe during day and night.

One of the major improvement projects just completed is the former Posting Steps at Bell Inn Wynd connecting the bus station through the Kirkcaldy Centre and onto the High Street.

These works have seen a complete replacement of the steps and access ramps which are fully DDA compliant as well as a series of “children at play” mural artwork by celebrated Kirkcaldy artist Kerry Wilson.  The final part of the improvement works was the switch on of colourful architectural lighting to light up the steps and underpass as well as the surrounding trees, bringing colour and vibrancy to this space.

Tolbooth Street has also been fitted with a canopy of lights and there are plans for simpler improvements of planters and concealed bin stores.

Redburn Wynd, Adam Smith Close and Olympia Arcade are also earmarked for improvement works which will take place over the coming months.

In creating a more inviting and safer environment as part of range of measures to support the town centre it is anticipated that footfall will increase safely resulting in economic benefits for the area. In addition, the inclusion of attractive and safe walking routes can contribute towards healthier lifestyles. The improvements have been delivered with the environment in mind by using LED lighting to reduce energy demand.

These projects form part of a wider range of activities totalling over £3m of investment in Kirkcaldy Town Centre with funding coming both from Fife Council and the Scottish Government as part of the Town Centre Capital Grant Fund.

Local people have been at the heart of the changes, taking part in conversations about the town and by completing the Place Standard exercise where the local community were asked to rate the town centre and suggest priorities for action. One of the ambitions was to see improvements to the wynds, closes and connections to and from the High Street.

Convener of the Kirkcaldy Area Committee, Neil Crooks, said: “It’s really difficult to deliver what people want in a timescale which matches their ambition. However the more information we gather from comments, conversations and consultations the better we can prepare a case for investment and respond to tight timeframes set by the Scottish Government.

“These improvement works, look fabulous and I want to thank the influencers who talked about art and lighting and the Council officers who have brought it to fruition. If you haven’t been down the street for a while the lights make such a positive impact and are elements of what we hope will be a growing unique experience for Town Centre visitors” 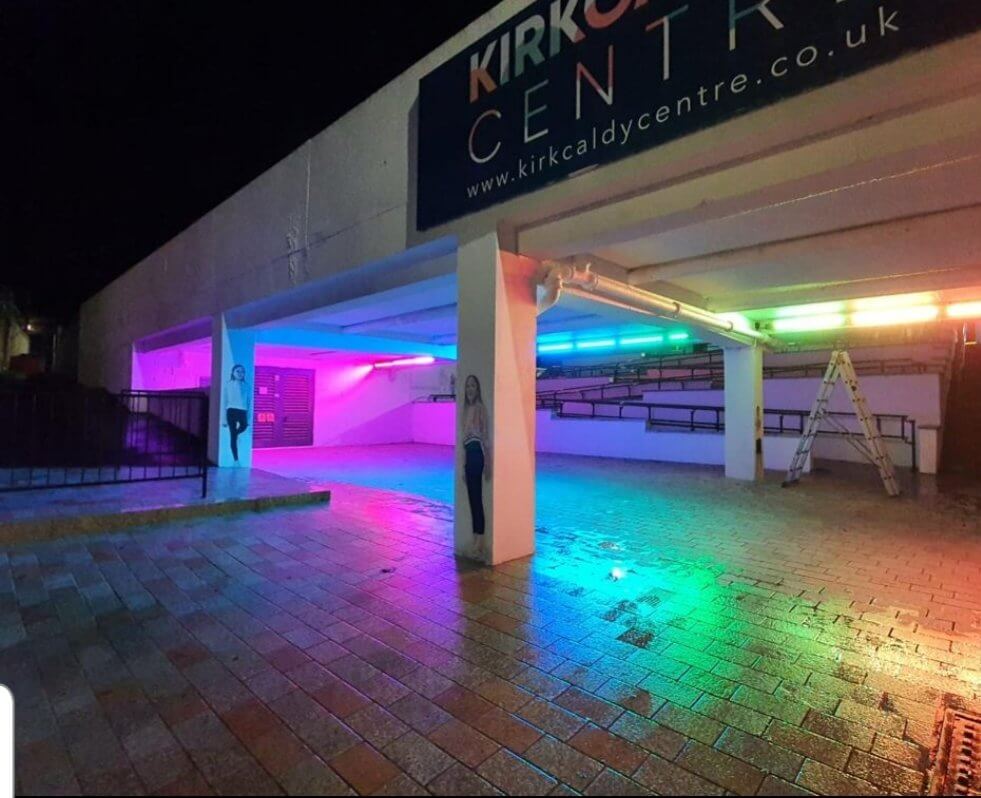