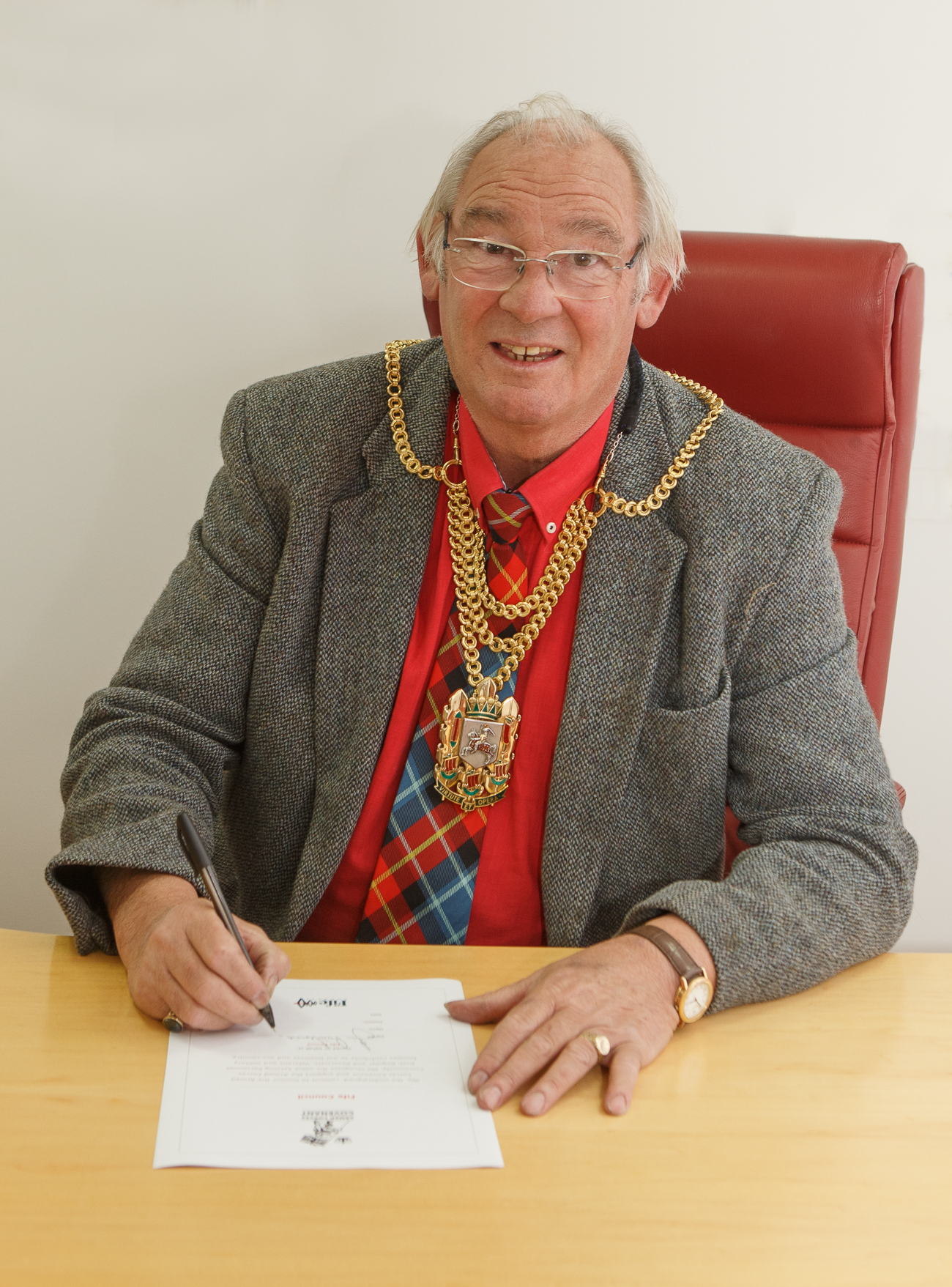 PROVOST of Fife, Jim Leishman, has reaffirmed Fife Council’s support for the armed forces community in the region.

Provost Leishman signed the new agreement, which ensures that those who serve or who have served in the Armed Forces, and their families, are treated fairly, and will not be disadvantaged in accessing public services due to their military service.

The agreement builds on existing good relations between the armed forces and Fife Council.

The aim of the Armed Forces Covenant is to encourage individual organisations across the Kingdom to support the armed forces community access help they might need.

As part of the Covenant the armed forces community are also encouraged to do as much as they can to support the communities they live in and promote activities which help integrate the service community into civilian life.

Fife Council’s Armed Forces and Veterans Champion, Councillor Rod Cavanagh, welcomed the news, saying: “By signing up to the Covenant it will help to further strengthen the ties and mutual understanding between the armed forces and communities across Fife in which they work, are based or live.

“In particular, the Covenant addresses that support is provided to the spouses and partners of serving personnel who often face challenges when seeking employment.

“The housing and educational needs of service families can also be different from those of the general public and the Covenant also acknowledges these specific challenges and commits to work to meet these.

“The Covenant also highlights that we, as an employer, will provide and support current employees who are members of the Reserve Forces.”

Capt Chris Smith, Naval Regional Commander for Scotland & Northern Ireland (based at Rosyth) added: “I am delighted to see Fife Council renewing their commitment to the Armed Forces community through signature of the Armed Forces Covenant.  The support to both the serving and our veterans has never been more important and we remain exceptionally grateful for all our local Council are doing for us”

In addition to the Armed Force Covenant, Councillor Cavanagh also welcomed the news that the £200,000 Scottish Veterans Fund is now open for bids from projects that improve the lives of former service personnel and their families. This year, bids from projects that are rising to the challenge of safely providing support for veterans and their families despite the current restrictions are also being encouraged.

Councillor Cavanagh said: “As the Armed Forces and Veterans Champion for Fife I’m pleased to hear that the £200,000 Scottish Veterans Fund is now open, especially at this critical time of the Covid-19 pandemic.

“Contact is everything and with many older veterans suffering from isolation and loneliness, this is a great opportunity for organisations that support veterans to submit their bids.”

For more information about the support we give to the armed forces and the Scottish Veterans Fund visit www.fife.gov.uk/supportarmedforces