The £1.6m Council-funded project will better connect the waterfront and the town centre as part of wider efforts to regenerate Kirkcaldy town centre. It has been developed with help from the Kirkcaldy Waterfront Group, the Kirkcaldy’s Ambitions Partnership, Kirkcaldy 4 All, local residents and businesses.

Convener of the Kirkcaldy Area Committee, Cllr Neil Crooks said: “Unfortunately, over time Kirkcaldy town centre has turned its back on the coastline. This exciting project has been a long time in the making and looks to capitalise on one of the town’s greatest assets once more – its views over the Forth.

“People are supportive of the need to develop the waterfront in a bid to unleash its full potential and attract future investment into the town. Ambitious proposals were drawn up to encourage footfall and economic activity to the waterfront and the wider town centre.

“As it is, the dual carriageway encourages drivers to by-pass the town centre. This project aims to encourage those using the Esplanade to make use of the spaces that are being created for pedestrian and social interaction instead.”

This project will reestablish the connections between the High Street and the waterfront by:

Improved public spaces will offer outdoor seating and will be available for pop-up businesses and as spill-out areas for larger venues such as the Kings Lounge. And the multi-purpose viewing platforms will offer people a safe way to enjoy the views of the waterfront as well as providing easier access for disabled users, prams and bicycles over the secondary sea wall.

The streetscape will be improved to make the area between the High Street and the waterfront more inviting. Natural stone finishes will be used to match the existing streetscape at Redburn Wynd, Kirkcaldy Leisure Centre and Tolbooth Street. New street furniture, planting, lighting and better signage will make the area more attractive.

The improvements will encourage more use and give better opportunities to create a bustling waterfront with a retail offering, viewing platforms, events and information on the views across the Forth.

The first phase of work will see the removal of the raised central islands on the Esplanade. While this is being done, lane closures and temporary traffic lights and other traffic management arrangements will be in place.

The availability of some on-street parking in the area will be affected and the Esplanade A car park will be closed to accommodate the contractor’s equipment.  Alternative parking spaces are available in The Esplanade and Thistle multi-story car parks.

Overall the regeneration work will take up to a year to complete but is being programmed in phases to minimise disruption with this first phase of work assisting in getting the two carriageways flowing again as soon as possible.

Another of the planned town centre investment projects is also progressing well with a contractor appointed to start work on the Kirkcaldy Centre (previously known as the Postings) steps area in early January.

Cllr Crooks added: “This work will completely redevelop the route between the High Street, Kirkcaldy centre and bus station. The existing stairs will be replaced with a slope and a new set of stairs to the right-hand side added as you walk up from the High Street. The contractor will use materials to match the design of the High Street so that it blends in seamlessly and improved lighting and new artwork will help to create a safe and attractive connection for visitors and commuters.”

The first phase of work is scheduled to take around 12 weeks to complete and Fife Council will look to work with neighbouring properties during the disruption. 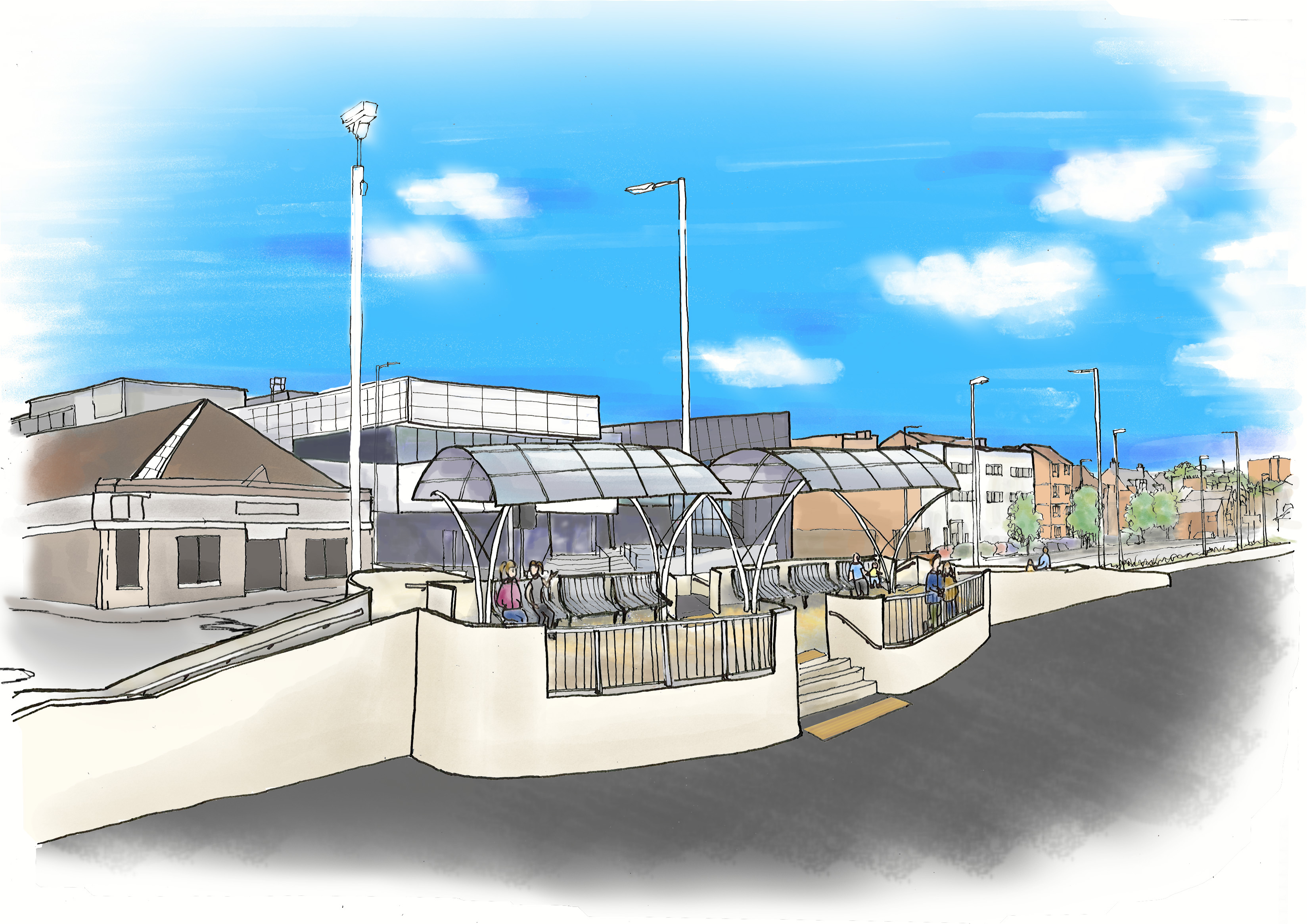